Admit it, swords are pretty cool. There’s something about the handmade sword that piques every man’s interest! There’s a stunningly long history behind these amazing swords, and we’re going to explore them in today’s Handmade Traditions feature!

Samurai swords were traditionally called katana and were worn by members of the Samurai class in ancient Japan which has it’s heyday in the Muromachi period from 1392-1573. Samurai Katana swords are still being made today, but the era in which they were used most popularly ended in the 1500’s. By 1876 , carrying swords in public was completely banned in Japan by all but a select few (mostly police). During World War II, all Japanese officers had to wear a sword – and some were most definitely used! 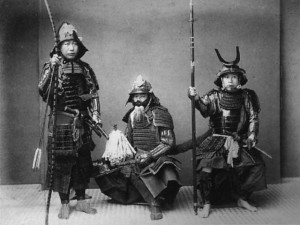 Since their days of high usage, it’s been difficult for traditional sword smith’s to make a good living for themselves. They fight hard to keep the complex traditions of the katana alive, but it’s not easy. Starting in 1945 and lasting until 1953, pretty much everything having to do with sword making or sword usage was banned and many swords and manuscripts were destroyed by the Japanese Government. We’re unbelievably fortunate that the art of sword smithing didn’t perish! Unfortunately, little has chanced today. Now, after a 5 year apprenticeship and proper licensing, a sword smith is allowed to create just 2 swords per month – and each of these swords must be registered and licensed by the Government which is a complicated and costly process.

This is an example of what many would consider a ‘dead art’, but we see passionate enthusiasts sticking to the process, handing down wisdom, and keeping katana making alive no matter what obstacles may come up.

The true katana is made from a special type of steel common to sword making in Japan called tamahagane. This specialized steel blend actually mixes tough high-carbon steel with strong low-carbon steel to makes the sword easy to sharper and difficult to break. This is actually an ingenious combination of materials – and they’ve been used for a very long time! 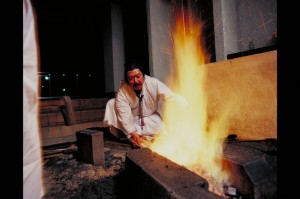 The tamahagane metal is worked into a ‘blank’ that loosely resembles the general shape of a katana samurai sword. From this blank, the perfect sword will eventually emerge after many hours of work. Depending on the sword smith, the blade may be coated in various thicknesses of clay, heated, dipped in cold water, hand-formed, stone sharpened, or any other number of techniques may be used. 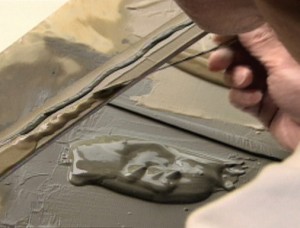 Once the shape, curve, and body of the sword is perfected, it is polished using successively finer grains of stone until its true brilliance and smoothness emerges.

Finally, the woven handle, sheath, and other accessories are made by hand to fit the unique shape of each sword. At this point the katana takes on a personality and seems to come ‘alive’. 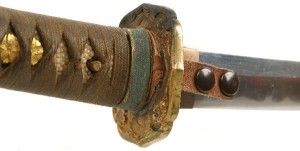 Throughout the year there are many Japanese Feudal Era collections that may pass through the museum in your town. This is a great way to support the arts in your community and see some amazing craftsmanship up close and personal!

Arigatou Gozaimasu!
Thank You Very Much! 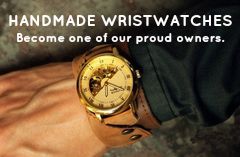